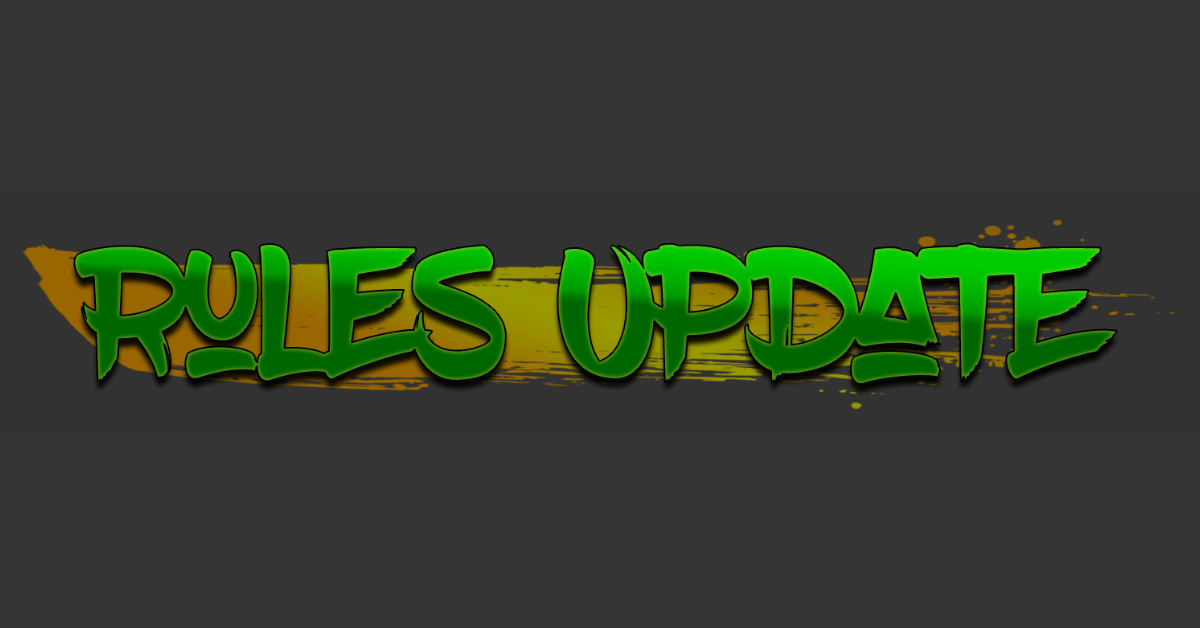 Following on from a successful launch tournaments (congratulations to Kaikou and the Crab Clan for their victory!), we have been testing something for you with updates to the restricted and banned lists. Thank you to all the playtest team who have spent countless hours playing games with us not only RL updates but new card coming soon. Without further ado, here are the changes in a situation update break down by clan.

So far the Crab Clan have been one of the strongest clans within Emerald Legacy, enjoying an economic advantage over all other clans in fate and cards. Most of this can be attributed to a single card, Yasuki Broker. Broker is designed to help overcome the cost of sacrifice effects (namely having to buy a character and then sacrifice them). However, as the game has gone on Broker has become a problem piece, not only refunding costs but sometimes helping the clan profit through outdrawing and outlasting the opponent. Broker allows the Crab to jump straight to bid 1 games, starving their opponent of cards while continuing to sacrifice low fated (often zero fated and bowed) characters for very good sacrifice effects which are further boosted by the fate refund and card draw. Combined with cards like Isawa Tadaka in Phoenix splash it represents a huge hand advantage. While we have tested many different options to try and tone this down, as we currently will not be issuing errata to cards we are left with no other choice but to ban Yasuki Broker.

Way of the Crab

Way of the Crab is a slightly different issue. While it is a game warping card, it is also a card that has defined Crab since the start of L5R. Against Crab you have to respect it, and you cannot just rely on one big body to cary you the entire game. It’s often a skill check card. However, on the restricted list the card has become a gatekeeper. Anything restricted alongside Way of the Crab is shadow banned, because there is no option but to pick this card. Previous takes on changing this card as well as removing it have caused Crab to plummet in power, so taking such a key card away is not the ideal solution (especially following the ban of Broker) As a result, we have been testing something different. Instead of leaving this on the RL as a gatekeeper, we have restructured the Crab restricted list to create more deck building options. Way of the Crab is unrestricted

Another clan defining card, Watch Commander can be at times as warping as Way of the Crab. It has often been a card you have to carefully play around, but it has not always been an autoinclude. With this change, you now gain a number of interesting options for Crab:

⦁ If you want to play the dishonour style Crab, you continue taking Watch Commander – so no change here.

⦁ If you wanted to play a more wide style Crab, instead of Watch Commander you can take Kuni Labs as your restricted card

⦁ For other styles of Crab, you have the option of a more economic 1-drop in Kaiu Envoy or the ability to run neutral options like Keeper Initiate.

Some of our playtesters also found success in running other clan splash options, like A Fate Worse than Death. This change allows Crab to be more versatile in its play style and in using the restricted list, compared to the gatekeeping Way of the Crab. Watch Commander being restricted also makes it a slightly harder to pick splash card, meaning if you take Watch Commander you’re committing your RL choice to it. Watch Commander is Restricted.

The Crane clan is in an interesting spot. They are solid but not spectacular, but yet have nothing that can realistically be freed in order to improve their position. No changes for the Crane, however they have something in neutral that might just take the clans interest.

Togashi Mitsu (All and Nothing)

Mitsu1 (as I’ll refer to him across this article) is quite clear and obvious in what he does. While Covert is not as strong in Emerald Legacy as it has been in both Jade Edict and Imperial Law, on a character like Mitsu it is still quite strong. However, it’s a tiny card of what is an incredibly powerful card. The ability to recycle key power kiho like Void Fist makes it extremely difficult to beat Mitsu in a conflict. Combined with the incredible card draw of monks, and powerful cards like Acolyte, Ki and Swell of Seafoam it becomes nearly impossible to stop Mitsu being in all conflicts, playing all the cards, getting incredibly large and eventually setting his opponents stronghold on fire. Dragon monks are in a very tough position for balancing as while they have some cards that are very high powered, the rest of the Dragon monk card pool however is very weak so these power cards are carrying the deck. Mitsu1 however has a replacement option that while not as powerful, is still good in his own rights. Unsurprisingly, he’s also called Mitsu…

While a very different style of card, Mitsu2 is a perfect example of a reward card for the high-5 monk theme that monks have been forced into. It means that monks need to build in a way to support this new style of monk, something that was around a lot in early 2020 before the long overdue banning of Policy Debate. For this reason, and because Mitsu1’s design causes a huge amount of issue for future design, Togashi Mitsu1 is banned.

While we’re thankfully free of the Logistics days, Exposed Courtyard continues to be one of the stronger lion cards. It allows Lion to both mill through the deck, as well as replay key Conflict Events again, allow them to toolbox for the right moment. It also allows for double duty when combined with Renowned Singer, giving Lion easy access to reusing their conflict discard pile in a way not too dissimilar to Mitsu1. When reviewing the Lion list, Exposed Courtyard became to feel like a card that would limit future design for Lion. Any event had to be reviewed with a card like Exposed around, meaning more restrictions on Lion cards or just generally less powerful conflict events. With Lion already having Renowned Singer, a more balanced way of recurring cards albeit very strong in her own right, the decision was made to ban Exposed Courtyard.

Spell Scroll does many things both for Phoenix and other clans. The static text allows for a very good non-restricted political stat boost for shugenja in specific conflicts, making Tadaka 6 political in ordinary status in earth conflicts, or characters like Kuni Witch Hunter 5 political 0 glory. Recursion is another big concern point in card design, and it should either be very fairly costed or restricted. Spell Scroll is ‘restricted’ in a sense that it can only recur cards that match a trait that is on the character. This restriction however is often not one that is difficult to have. In Crab, it’s very easy to have an Earth card such as Earth Becomes Sky recurred with this. Similarly in Scorpion it’s very easy for them to recur and reuse Betrayed Vision in combination with shugenja like Sinister Soshi to continue removing characters from conflicts. While Phoenix are also a concern with this card, currently they don’t feel like a concern that requires this card to be taken away from them. However, we have seen the abuse of this card in other clans. Therefore, we have decided to make Spell Scroll splash banned.

Shadowed Village is one of the three ‘draw 2 cards’ holdings restricted or banned during the Jade Edict along with Proving Grounds and Adorned Temple. Adorned and Proving are much easier to use and abuse – winning a duel for Proving is a condition that becomes easier when you begin towering, and Adorned played well into the Dragon HhoL style meaning you could draw from Adorned just for using your stronghold or other cards that added fate to characters like Audience Chamber (banned in Emerald Legacy), Cycle of Vengeance, Make your Case, and Lord’s Ascendancy. Shadowed Village requires you to remove a fate from one of your characters in order to draw cards, so in effect bringing a character one turn closer to leaving play to draw cards. This is frequently used for Maho effects, some of which being quite strong such as Seize the Mind. It also allows you to draw cards when the opponent wins a Void Ring on attack, but as you don’t often have a choice on this you can’t guarantee that it’s a dishonoured character losing the fate to draw 2 cards. This card has remained on the restricted list, but the cost and requirement both in deckbuilding and in effect to really abuse it is less obvious beyond using Yogo Junzo on your own characters (thus guaranteeing your character dies this turn in order to gain fate back and draw cards). As a result, and because in testing we have not seen abuse of this card, Shadowed Village has been freed in order to allow support for the Maho Scorpion build.

Often quite a fragile deck, Scouted sits in a group of cards that are either quite bad or very degenerate; Enlightenment, Gateway to Meido and Mirumoto Daishō. Two of these three cards are banned, and the last one (Enlightenment) is very much on a watch list. Scouted is not exactly the same – while it allows you to shortcut breaking provinces, it has a lot more counters to it than the other 3 have. However, playing a Scouted deck should require a choice and combining Scouted with the currently restricted Unicorn cards (Khanbulak Benefactor, Swift Magistrate or Utaku Tetsuko) makes trying to stop the Scouted break much harder, or in some cases nearly impossible. Therefore, to make Scouted more into the position it’s supposed to be in as a fragile potential wincon, Scouted Terrain is being restricted. It will also remain Splash Banned, as other clans (namely Crane) can make this card a lot less fragile.

As mentioned further up, Proving Ground was one of the three ‘draw two cards’ holdings that were hit during the Jade Edict, along with Adorned Temple and Shadowed Village. While the other two ended up restricted, Proving Grounds remained banned due to the ease of abuse the card had in a meta where Crane could still easily tower using Unicorn splash. In Emerald Legacy however, Crane towers are a lot weaker with many of the tower pieces now splash banned. With no way to easily stack provinces anymore as well, Proving Grounds isn’t as abusable as it used to be, so we have made the decision to move Proving Grounds from banned to restricted. This means Crane (the usual candidate to play this) will have to choose between this and Mark of Shame in their main build (the KK kill build), and other Crane builds can use this or other restricted cards.

As always, we on the EL team will continue to keep a close eye on the evolving meta on both a casual and competitive level. Thank you all for your continued feedback and involvement with the game. Keep an eye out for some upcoming spoilers of our very first pack, Through the Mists, as we continue to grow and invest in this wonderful community together.

Emerald Legacy is a fan driven project. It is not endorsed, sanctioned or in any other way supported directly or indirectly by Asmodee or Fantasy Flight Games.