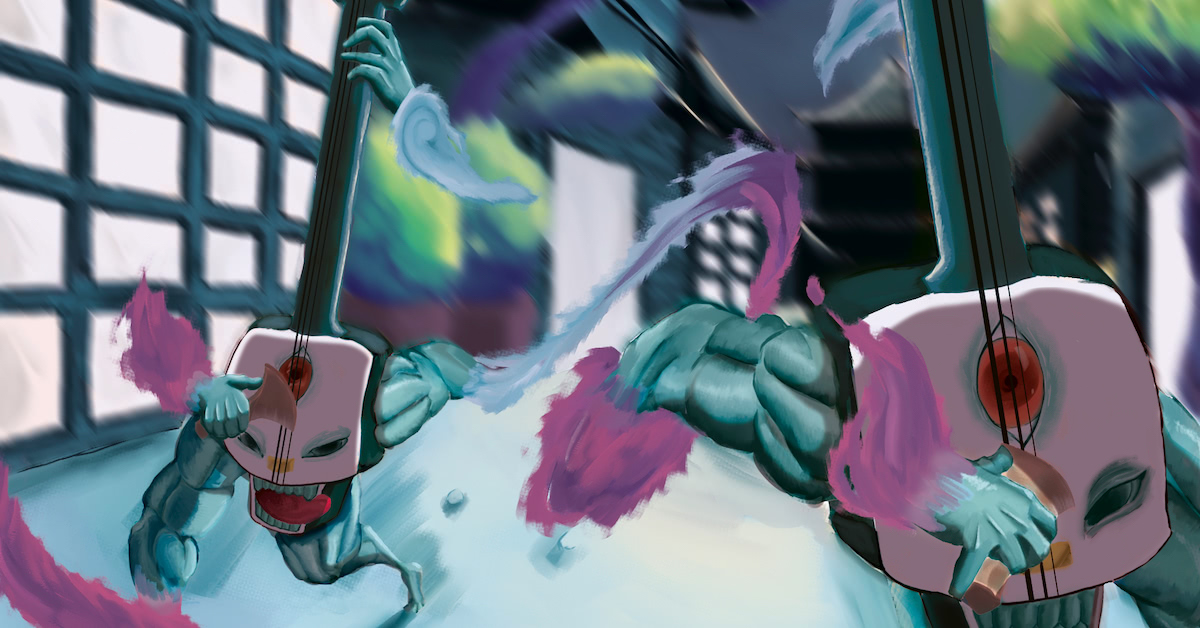 Today’s article is a little bit different than the previous updates. It is released very late and it contains spicy information about changes to the Restricted List, Ban List and Splash Ban List. It is the summary of today’s Twitch.tv stream. But read on to find out more!

Remember Isawa Mori Seido? It was that Phoenix stronghold that increased or decreased glory. It was an oddball Stronghold out of core, but it eventually got some support. As it turns out, it could, with some incredibly savvy piloting, win a world championship. That, however, was a different time and IMS has fallen from grace. Phoenix’s staple shugenja deck has found a new home with Twin Soul Temples (more on that later) and dishonor/courtier builds are enamored with Shiro Gisu. Even the greatly nerfed Kyuden Isawa has Birb. A quick look at the restricted list tells you all you need to know about IMS; the poor stronghold can’t assemble its full team. Sanpuku Seido and Sanguine Mastery are the reasons you might think about IMS as opposed to the popular new kid that is TST. Currently, however, Phoenix players cannot run both of those cards in the same deck and must give up an RL slot to run just one of those two cards (both of which were made with IMS in mind). To say this hamstrings IMS is an understatement; this RL combination has utterly sidelined the stronghold for too long. Let’s get IMS back out there. Sanpuku Seido and Sanguine Mastery will be free from the restricted list.

Perhaps no character has dominated their clan like Isawa Tadaka has for Phoenix. We all remember Tadaka 1; he needs no further explanation (if you don’t, then look him up and have a chuckle). His replacement is no slouch and has been a staple in almost every competitive Phoenix deck for the past few years (Gen Con Birb fest notwithstanding). The choice to include Tadaka in a shugenja-based Phoenix deck is not really a choice; it’s Tadaka and 37 other conflict cards. The efficiency that he offers to Phoenix, however, has made the clan beholden to him. Venture away from Tadaka at your own (high) risk. In the hopes of expanding the deck building choices for Phoenix and making the restricted list choices more meaningful, Isawa Tadaka is now on the restricted list.

This last sentence may seem counterintuitive. Tadaka on the restricted list means less choice. What could possibly sway a Phoenix player away from the obvious? Well, putting Tadaka on the restricted list opens up the possibility of another card to return. Display of Power is coming back to Phoenix (sorry Scorpion). It is the quintessential Phoenix card (it will be splash banned so it will remain only that) and has been away for too long. The return of Display of Power and its exclusivity from Tadaka, will reward alternative deck design and open up space for brand new ideas. Decks built around courtiers, scholars, monks and bushi can reach for myriad different weapons off the RL.

Why so many changes

The RL/BL shakeups for Phoenix were done with an aim to open up deck building options.  IMS is back to being a viable option (both with and without Tadaka). In fact, these changes provide Phoenix with competitive options for each of its strongholds. Further, it encourages and rewards creativity while sustaining Phoenix’s core, shugenja-based strategies. These changes represent a work in progress but we are confident that, for now, they open up new and better possibilities for Phoenix and, for the future, offer a strong foundation for even more Phoenix cards and decks to see play as the game continues to grow under Emerald Legacy.

Not so Empty City – Guest review by Tomoya

Crafty Tsukumogami has a really cool and skill testing effect, being able to punish or subvert ring choice. As a Lion player that often plays Kyuden Ikoma, this could potentially allow me to ignore the water ring and fight on the other rings, while if the opponent would want the tempo of the water ring back, it would cost them cards. Phoenix might be able to guide players to other rings, potentially keeping their own effects active that require one of the rings, but that would come at the cost of a card. Other things that come to mind would be honor and dishonor decks and their air ring, or something like a Togashi Tadakatsu build. But those could potentially backfire, given that the effect is symmetrical.

Combine the symmetrical effect with the fact that it is a dynasty card that costs 2 fate however, and I’m somewhat sceptical about it’s use. The effect itself requires a long game mindset, combined with good knowledge of what is not only the best ring that round, but the best ring for the rest of the game. Multiple could bridge that gap somewhat, but they come at a serious cost in comparison to the effect. Dynasty is also inherently less consistent than conflict deck, which really hampers an effect like this which is geared towards slow, long game value. And finally if the effect would really matter, it is still an attachment and thus easily removed if so desired. At least being out of dynasty it would do a good job taking the heat for conflict attachments.

I hope some of the clans find a good way to cheat it out or find a way to use it, else I fear our goofy, possessed shamisen friends will be collecting dust.