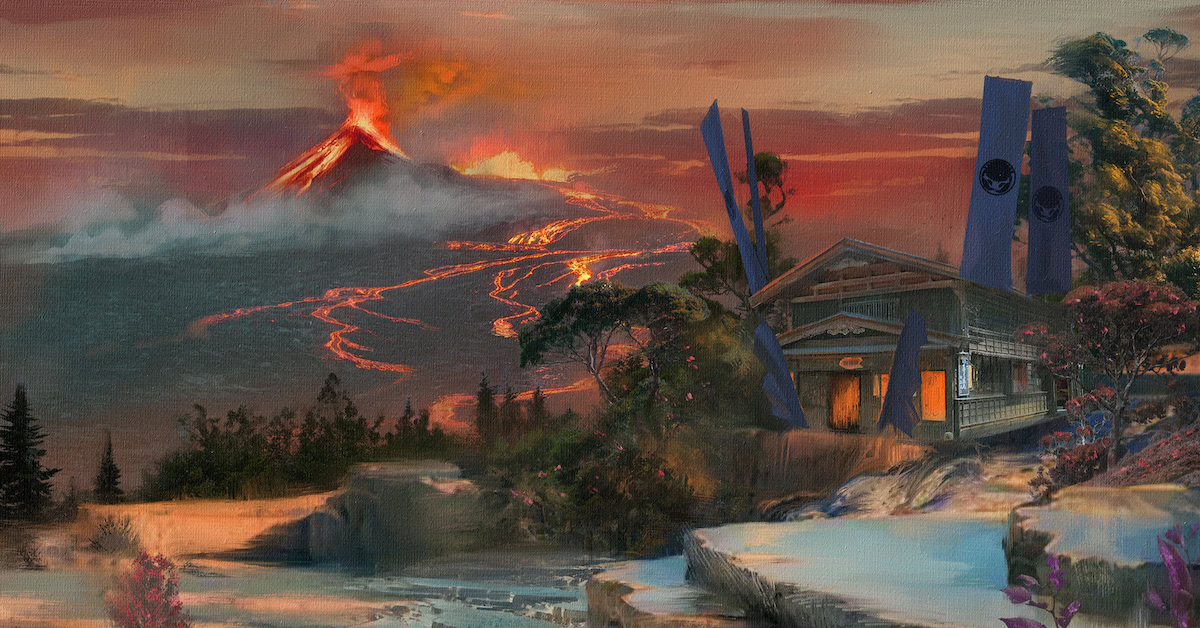 Last time, we got to look at a card that is being buffed. Today we will be looking at a couple of cards that are getting nerfed so they can stay in line with a power level that we would like to see moving forward.

Finding Beauty in the Flames

Kuni Wasteland has long been a go-to province for the Crab Clan. Its capacity to shut down abilities has made it a fearsome and oppressive presence for many clans and deck types!

Ashen Flame Plateau is an oasis in the newly-settled Crab lands on Sanctuary. This card replaces Kuni Wasteland’s static effect with a one-time reaction. This change maintains the province’s strong ability, but provides an opportunity for the opposing player to work around the effect with a second attack.

The modest Forgotten Library is a powerhouse of card draw for the Phoenix Clan—its strength even landed it on the restricted list last year! We found that the main issue was how difficult it could be to prevent the ability before its controller had the opportunity to trigger it.

Diplomatic Hall will take a modified version of Forgotten Library’s effect and give it back, unrestricted to Phoenix players. The main difference you’ll notice is the delayed triggering window. Should an opponent go first and attack with a military ring, they may be able to remove it before it the Phoenix player can reap their rewards. You may also notice a small rework in wording to support the existing multiplayer formats.

You might ask yourself: ‘What happens to the old cards?’ We could obviously fill the ban list with more and more names as cards are replaced and as sets rotate. However, cards on the ban list have the potential to be released in the right meta. It is not our intention that any replaced cards will ever return under EL rules.

As such, all replaced cards will be rotated out entirely as their replacements are released. Naturally, all cards will remain playable in other rules formats and casual play.

What are your thoughts? Let us know in the comments or hop on discord and tell us!